I love walking/hiking and going to NepalÂ was always on my bucket list. However I do work in a 9-5 job and (only) have 25 days of annual leave so a real “adventure trekking tripâ€ was out of question, I needed something that was fully organized so that I could just turn up and go. My other problem is that I only have a window of mid-June to mid-September to go on vacation, this is obviously not the best season to go to Nepal as it is the height of the monsoon but I hope to get lucky. Unfortunately searching the Internet for reports about that season the results vary from people that say they hardly saw any rain to those that report washed away paths. So I decided to add to that confusion and write down what I have learned during the preparation and then during the trip itself…

here is what wikipedia says:

The Annapurna Circuit is a popular name for a trek within the Annapurna mountain range of central Nepal.Â The total length of the route varies between 160â€“230Â km (100-145Â mi), depending on where the motor transportation is used and where the trek is ended. The trek rises to an altitude of 5,400m on the Thorung LaÂ pass, touching the edge of the Tibetan plateau. This trek crosses two different river valleys and encircles the Annapurna massif, crossing Thorung La (5416m), the highest pass on this trek. The mountain scenery, seen at close quarters includes the Annapurna Massif (Annapurna I-IV), Dhaulagiri, Machhapuchhre, Manaslu,Gangapurna (7455m) and Tilicho Peak (7134m). Numerous peaks of 6000-8000m in elevation rise from the Annapurna range. The trek begins at Besisahar, a seven-hour drive from Kathmandu. The trail passes along paddy fields and into subtropical forests, several waterfalls and gigantic cliffs, and various villages. Annapurna Circuit has often been voted as the best long distance trek in the world, as it combined, in its old full form, a wide variety of climate zones from tropics at 600 m asl to the arctic at 5416 m asl at the Thorong La pass and cultural variety from Hindu villages at the low foothills to the Tibetan culture of Manang Valley and lower Mustang. Continuing construction of a road has greatly shortened the trail and altered the feel of the villages.

June â€“ SeptemberÂ is the monsoon period. Although there are stories of torrential downpours, mudslides and hordes of leeches, this is rarely the case on the Annapurna Circuit, particular the northern section. Whilst the south section of the Annapurna Circuit near Pokhara does get a lot of rain, the northern parts often receive less than 10% of the precipitation due to the location within a rain shadow. The upside of trekking in the monsoon period is that many of the flora species flower during this period, making the trek exceptionally beautiful.

If you have read about the AnnapurnaÂ circuitÂ trek above you will have seen that it has changed significantly over the last few years. A road has been built – mainly unpaved and only for 4×4 but nevertheless there will be vehicles passing us and we will partly walk on a road rather than a path. Some people claim that it has lost itâ€™s charm due to this and with the weather probably notÂ being the best we will not get the most spectatucular views of the mountains but I expect at least some good days with picture opportunities.

This is â€œjust walkingâ€ and not climbing (my travel insurance forbids that anyway above 3000m) and while I expect it to be challenging because of the high altitude, the stages seem to be manageable. Obviously the whole trek is made to get to the Thorung La pass at 5416m (thatâ€™s higher than the Everest Base camp) as the highlight but I expect the surroundings before and after equally stunning. Starting in the (presumably) wet and yet very green surroundings of the low lands going to the dry desert like heights of the pass. I just hope that there aren’t as many leeches as some people claim or that they won’t like me…

If you want to go without a travel company Iâ€™m pretty sure this is more than feasible but you would need to spend some time in Kathmandu or Pokhara to find a Guide and then you have no assurance of how good/reliable they are. This was not an option for me and also I wanted to to this with a group and not on my own. So first I needed to find someone who organizes a trip at the time that I could make it, and it seems like there are not many companies that do. In the end I decided to book with G-adventures as I heard lots of good stuff about them from friends that had used them for other travels.Â They will also organize all the necessary paperwork (except the Visa thatÂ i will get at the Nepalese Embassy), which apparently can be really bureaucratic if done in Nepal itself.

One of the things one normally has to decide when trekking throughÂ Nepal is â€œPorter/no Porterâ€. Using Gadventure this question has already been answered as they are using Porters. I donâ€™t really like the idea that someone carries my stuff but then again this is a source of income in this region and I hope that by trekking on the Annapurna circuit trip (as opposed to climbing a mountain) I do not put them at any danger. And since they are more used to the Altitude than myself and Gadventures limiting the baggage to 7.5kg per Person with one porter carrying for two people (plus his own stuff), I hope this wonâ€™t be to strenuous for them either.

Now that I booked the trip itself I needed flights. I tried multiple search engines (Kayak, Opodo, Skyscanner) and even went into the Flighcentre high street shop (not worth the time). In the end I went with something I found on momondo.com as they seem to have the best filtering options. I opted for flights with Air India all the way. There were other options via Doha (with Qatar) or Istanbul (Turkish Airlines) but going via Delhi gives me the longest uninterrupted flight (to hopefully catch some sleep) and the shortest (yet not unreasonable) layover to change flights. There was another option with similar times and the first leg on Virginâ€™s new Dreamliner but I figured that by not changing Airlines I reduce the risk of lost luggage and also Air India seems to have a larger seat pitch.

ManyÂ peopleÂ recommendÂ that you come with only the clothes on your body and buy the rest of the gear in Kathmandu as it would be much cheaper. That might be true but lots of the things are knock-offs, I prefer my waterproof gear to be really waterproof. And as l said I only have limited time so I’d rather have a relaxed look around town than running from shop to shop because no one has a jacket in my size or of the quality I want. So I’d rather bring everything. which leads me to the most important part of this blog entry:

As I said earlier the porters will carry 7.5 kg of my stuff and I will need to carry the rest.Â  Iâ€™ll try not to take too much stuff by being able to layer up or down depending on the weather but then again itâ€™s difficult to plan for what to pack when you donâ€™t exactly know what to expect (hot/humid to cold/ windy – I suspect). So here is what I plan to take:

(edit: this looks rather a lot, I might have to leave some stuff and will update after my trip)

If this was 1995 this would have probably been it but (unfortunately) it is 2016 and therefore there are a lot of electronics to be packed. Electricity (from what I hear) is not that reliable and often provided by solar or waterpower so I try to conserve as much as I can and bring â€œmy ownâ€ by bringing a large powerpack and fully loaded spare batteries. I also want to set myself a challenge and “go offline” for all of the trek, I will still take my phone for emergencies and to use as an alarm but let’s see if I can live without Internet for three weeks.

Now one thing that really isn’t necessary but I figured would be ubercool is to take my little Instantprinter. That way I can give pictures to people that I took a photograph of. 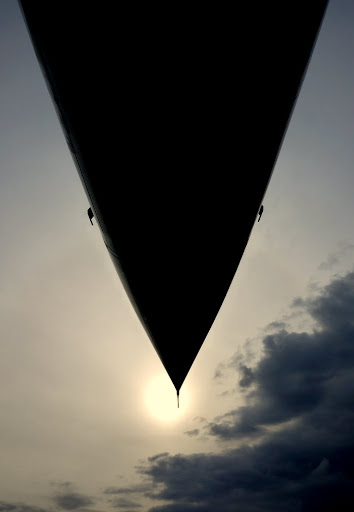